Misdirected prospecting efforts, wasted time and poor conversion rates
Fugue previously relied on marketing to the Fortune 500, without understanding the true potential spend of these targets. This approach didn’t take advantage of insights on each prospects’ cloud spend and digital maturity. It turned
out, the Fortune 500 wasn’t their best fit, and Fugue’s sales reps were spending hours prospecting to unqualified leads.
Solution

Using Intricately data to build a data-driven Ideal Customer Profile and define their Total Addressable Market, leading to millions of dollars in new pipeline
Fugue used Intricately to eliminate blind spots for their go-to-market teams. With a new understanding of each prospect’s cloud usage and spend, Intricately helped Fugue discover that their true ICP included mid-size companies. With a new understanding of their ICP and a brand new target account list, Fugue increased their qualified leads by 200%.
“For marketers in enterprise software, your target account list is what you live and die by. With Intricately, we’re confident our target account list is the right accounts that are most likely to buy.”
Jared Elder
VP of Marketing, Fugue
Challenge #2

Struggled to capture the attention of their target buyers
Security solutions for cloud-based technology are often managed by engineers, not IT departments. And as Fugue shifted away from Fortune 500 targets toward mid-size accounts, their buyers were now busy engineers that were stretched thin and wearing multiple hats. Elder needed to reshape Fugue’s marketing messaging around the immediate value engineering teams could gain from Fugue’s security solution.
Solution

Using Intricately to craft personalized account-based marketing (ABM) and sales outreach to better capture their busy buyers' attention and accelerate pipeline
Rather than spending time on qualifying questions likely to be ignored by busy engineering teams, Fugue used Intricately cloud spend data to better understand their buyers’ needs before a single conversation. They also used the data to craft more relevant, tailored messaging, and more quickly convert their prospects. By segmenting leads based on cloud adoption and spend, Fugue was able to deploy tailored messaging in their account-based programs at scale, further accelerating their pipeline generation.
‍
With Intricately, the Fugue team cut their lead-to-close time in half, generated higher close rates, and increased their pipeline by millions of dollars.

Learn how to unlock revenue with Intricately 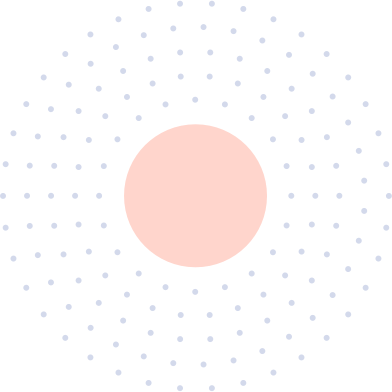 How can I learn more about an Intricately Enterprise plan?

Request a time to have a demo to talk with our team so we can educate you on how the leading companies in cloud use Intricately to accelerate their forecasting, planning, and sales execution.

Where does Intricately data come from?

We have a comprehensive view into how organizations around the world deploy, utilize, and invest in their digital products, applications, and ecosystems. Learn more here.

Can I train my reps? Are there additional fees for training?

Yes, we offer premium training at no extra cost in our Enterprise plans. For our Sales Team seat-based plans, we offer training articles, videos and tips on our Help site.

I have more questions. Can you help?

Yes! For inquiries complete this form and an Intricately representative will connect with you.

Learn How To Grow Faster with Intricately

GET YOUR PERSONALIZED DEMO

Thank you! Your submission has been received!
Oops! Something went wrong while submitting the form.